Our Party Experts have compiled a list of EPIC party packages for your party pleasure!

At College Glow Parties, our group of event professionals are like the astronauts in the International Party Station. The Party Vikings. The Party Knights of the Round Table. We want to promote you to the Captain of your college’s Party Fire Department. And, we promise, you won’t need no water.

To help begin the party process, we’ve put together a list of four College Glow Party packages for your viewing pleasure. These packages include everything you are going to need to make sure a statue of you is erected at your College’s Party Plaza. The only thing we have NOT included is cost of the venue and delivery (because, we don’t know yet). As with any package pricing, you can certainly add elements, take some away, and it will affect final pricing. This is just a guide. Are you ready? Then let’s PARTY ON…. 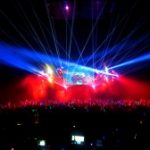 As the largest celestial body in the known universe, this party package makes for a truly mind blowing event. This College Glow Party includes large format UV lighting, lasers, concert audio, full rooftop and a lighting grid that can be seen from Andromeda. Special effects include cryo, confetti and anything else that can be launched into the air. It can accommodate up to 15,000 carbon-based life forms. 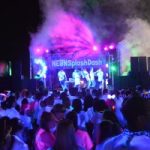 Tail of the Comet Neon Party

This College Neon Party includes UV reactive comet dust thrown from the stage and distributed aerially to your attendees.  Three, two, ONE and the glow powder will cover your attendees for the Glow of a lifetime!  The concert audio system pounds out the tunes while the lighting rig creates shooting stars in the atmosphere. Glowing in the dark will not be a problem with the amount of UV lighting placed on a 360 degree coverage around the party area. Invite 10,000 of your closest friends made of stardust. 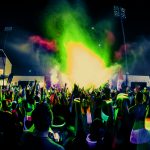 The most colorful celestial events become an amazing celebration when we bring out the PAINT CANNONS!  Streamers of UV reactive, non-toxic water based paint stretch between the stars in this event.  Our paint cannons blast the audience with CO2 driven paint as colorful as the party namesake while the state of the art sound system is reminiscent of the supernova that created it in the first place.  Bring 7,500 technicolor people to this party! 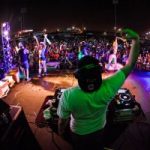 The only human on earth that achieves the status of a celestial being is Chuck Norris – which is why we have included his party here!  This solid concoction of staging, lasers, lighting and audio will leave memories that last as long as Mr. Norris’ fingerprints – that is, eternity.  Our selection of EDM DJ’s keep the beat pounding like Mr. Norris fists, while our lighting rig, special effects and lasers keep the crowd begging for more.  Mr. Norris, thy name is EPIC.  Invite 5,000 of your ass-kicking friends to this party.

Ready to achieve party greatness?  Then Ask Us a Question .  Find out how our Glow Party record keepers can vault you into the Guinness Book of Party History!

What is an Event Management company? Find our list of services here.

Do you have a question regarding your upcoming event? Let us know here!

Keep up to date with what we are doing.

In Depth Events and the Winter Wedding Wonderland

Commencement Event Updates for 2020 and beyond